I've owned a number of smartwatches (i.e. Fossil Smartwatch, Palm Smartwatch)—I had given up on the idea of owning a smartwatch, even with Android constantly releasing a new ones.

Then the Pebble was released, but not only was it a great watch with a smaller [than most] footprint, it also came with a great SDK which enabled me to hit the ground running on development. So, I wrote an app that enables you to play Rock, Paper, Scissors against your Pebble. No, it's not an astonishing achievement, but it was magical as a developer to see my work in action on a watch. 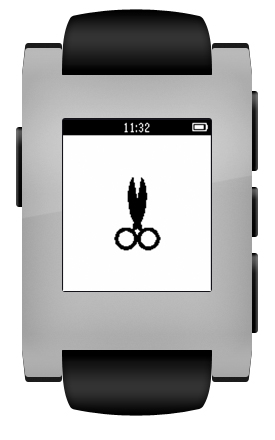